Empowering a life without limits

True Leaders Have a Passion for the Business, and for Their People

True Leaders Have a Passion for the Business, and for Their People 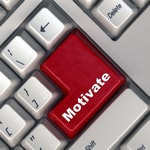 It’s not all about them, but about the success of the organizations they lead, and in turn, the success of people who join them on the journey. Their enthusiasm and pride in their work and their desire to see each individual reach their full potential inspires others to follow them and put forth their best efforts. People follow them because they know their efforts will be recognized and rewarded.

Great leaders realize that their organization’s best customers will be treated no better than how they treat their employees—and with that in mind, they ensure employees are treated as the valuable assets they are.

When Eastern Airlines was purchased by Texas Air, led by Frank Lorenzo, in 1986—new policies and practices caused a severe decline in employee morale, and these declines were readily apparent to Eastern Airlines’ customers. I know, because I flew on Eastern Airlines at the time employee morale plummeted, and their low morale caused me (as well as many others) to not want to fly Eastern again. Interestingly enough, Lorenzo was named by Time Magazine as one of the ten worst bosses of the century, and vilified in a Time article titled “Bosses from Hell.”

In Leading at a Higher Level, Ken Blanchard, co-author of The One Minute Manager, suggests that leadership needs to be grounded in humility and that it is essential to focus on the greater good of people and the organization. I agree with Blanchard when he says, that leadership is, “the capacity to influence others by unleashing the power and potential of people and organizations for the greater good [emphasis mine].”